A crowd of students and parents attended to the Municipal Theater of Alexandroupolis on Thursday, October 17, the third successful event in the framework of the action “No to dependence, yes to the Internet” to combat internet addiction, organized by the Club of Alexandroupoli’s residents, the Greek Olympic Committee, the National Olympic Academy, the CSI Institute (CSIi) and All Together We Can.

“No to addiction, yes to the internet” is a project that unites Olympians, distinguished athletes, members of the Hellenic Olympic Committee and the National Olympic Academy, criminologists and psychologists specialized in the internet with the ultimate goal of providing children with new impulses to adopt safe and sound online behavior while learning to use new technologies in moderation.

The keynote speaker was the Founder and President of CSI Institute, Mr. Em. Sfakianakis, who spoke to students about myths and realities on the internet through the presentation of experiences over the course of his many year career.

CSI Institute Clinical Criminologist and Director, Mrs Kalliopi Ioannou, referred to phenomena such as cyberbullying, revenge pornography that have been raging and threatening new generations lately.

Also, Fencing Olympians, Ioanna Christou and Marios Yakoumatos talked to students about how sports contribute to the fight against internet addiction. At the end of the event, the Olympians gave the fencing moves to the students, who had the opportunity to fight with their classmates with plastic swords. 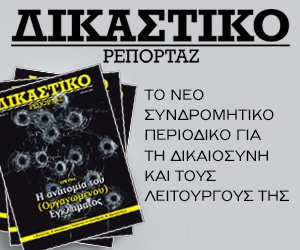